Have you checked out Tamaki Marine Park yet?

Located in Gabador Place, Mt Wellington, just five minutes off the motorway and conveniently close to Sylvia Park Mall, Tamaki Marine Park will be Auckland’s newest and most modern marine precinct once construction is completed later this year. 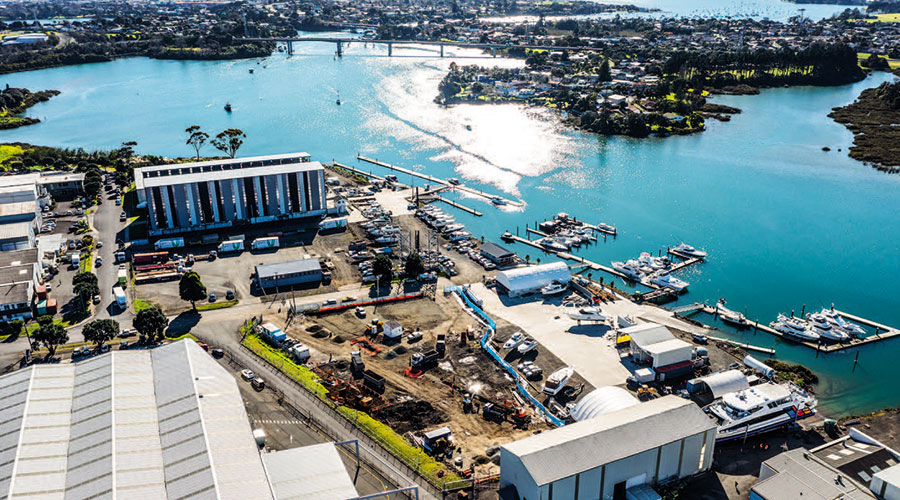 Located in Gabador Place, Mt Wellington, just five minutes off the motorway and conveniently close to Sylvia Park Mall, Tamaki Marine Park will be Auckland’s newest and most modern marine precinct once construction is completed later this year.

The area already has an established marine presence, with boat builders McMullen and Wing on the site’s southern boundary and the Rayglass Boats service centre next-door to the north.

Being located only five minutes off Auckland’s southern motorway, with easy access enroute to the shops at Sylvia Park Mall, it’s perfectly positioned for pre-departure provisioning or as somewhere to drop off the family while doing odd jobs on the boat. Once at Tamaki Marine Park, there is plenty of secure parking and once the lines are thrown off, Browns Island is only 30 minutes’ leisurely run down the picturesque Tamaki River estuary. The wonderful anchorages, fishing and cruising grounds of Waiheke Island and beyond are then just a short hop across the channel.Tamaki Marine Park’s existing 260-boat dry stack facility accommodates boats from 4m up 12m in length and is home to many popular locally-produced boats, ranging from small outboard driven runabouts to Rayglass 3500s and 12m Protector RIBs, for example.

Two years ago, a 30-berth marina was constructed on the river taking over riverbank where a bulk storage facility once stood. This marina offers a safe, idyllic haven on the Tamaki River for mainly motorboats ranging in length from 12–28m to berth. The marina will be extended further this year, increasing the number of berths by 25%.

Tamaki Marine Park already provides a number of services to boat owners in their marina and from elsewhere, including haul-out, water blast and hardstand facilities for vessels up to 60 tonnes, courtesy of a new Roodberg haul-out trailer. They can service motor yachts, catamarans and sailing yachts (as long as masts have been removed – there is an air draft restriction of 7.8m at MHWS due to being up-river of the Panmure and Pakaranga road bridges). Additionally, a petrol and diesel refuelling service in partnership with GOfuel is available.

A major new marine precinct complex is currently under construction replacing the site once occupied by an old tank farm. During the development of this marine precinct, significant efforts have gone into the design to rejuvenate this section of riverfront land, giving it a new lease of life.

The two biggest sheds, fitted with 10.5m high doors, are attractive to businesses that work on large boats under cover. The larger 606m2 shed has already been snapped up by boat painter Gloss Boats and will include a modern spray booth, paint tinting booth and filtration systems, while the second boat shed, 450m2 in size, will be occupied by boatbuilder CMS.

The seven ‘trade units’ are also going fast, with HMB Marine Electrical among the first to lease space in the development. Other marine businesses, such as outboard and diesel mechanics, marine upholsterers or similar – are being sought for the remaining units. 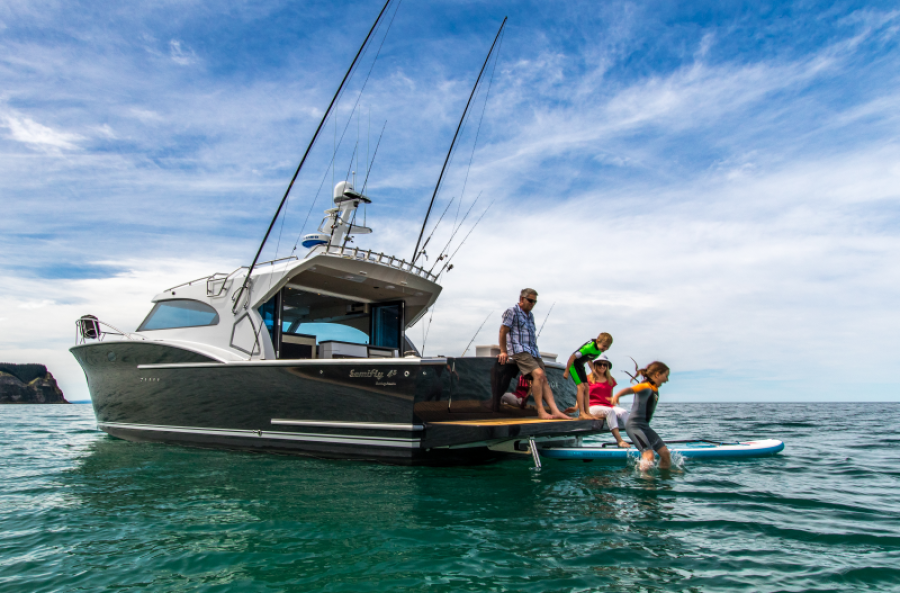 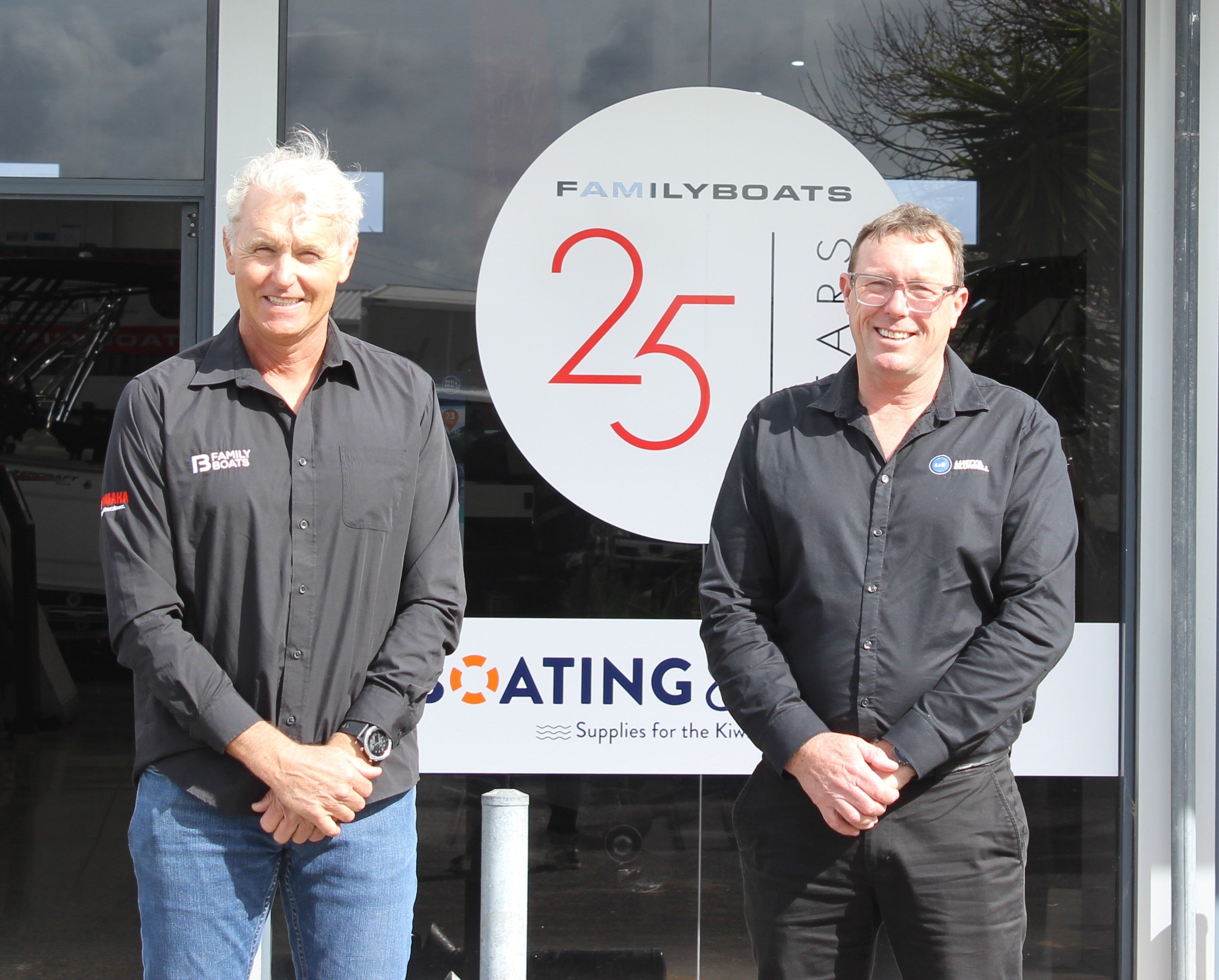 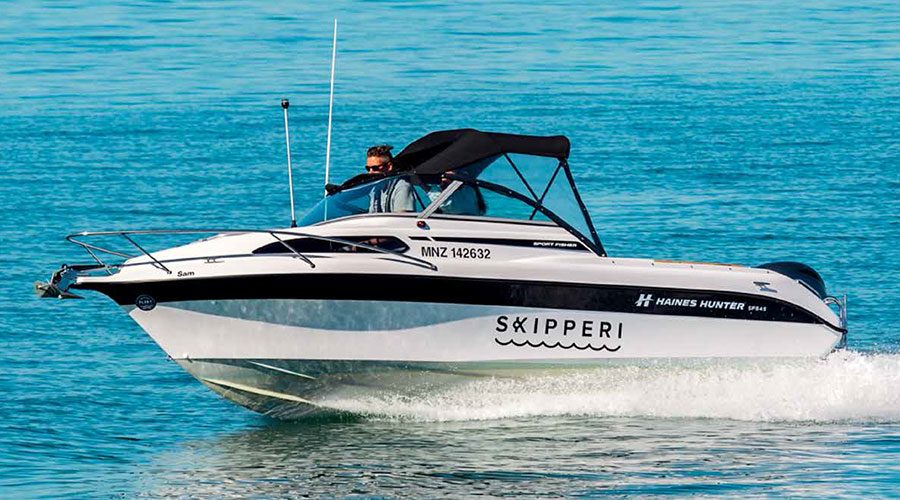 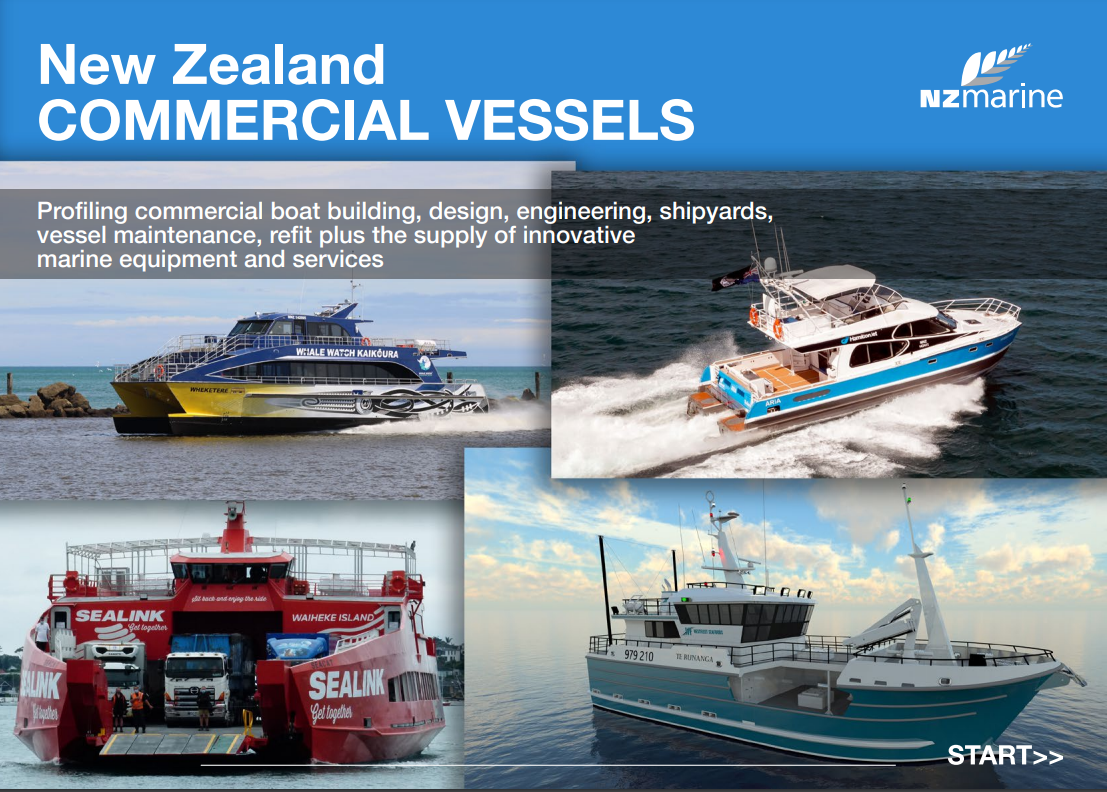